Cinema that provokes the thought…

Cinema, has a power so strange
It is the wave that brings the change
In thoughts, speech and action
And shows us our society’s reflection
Inspiring us to go off the beaten path
And bring a revolution that makes us stand apart

Since the time the first moving image reflected on the silver screen, cinema has been influencing the society in every way. Be it in the form of youngsters following the latest look of their favourite Bollywood stars, or the people adopting trends from movie stories into their own life.

Though the birth of cinema was for entertainment, yet, time and again, we witness several go getters, who use cinema to give a message to the society to change for good; to move beyond the clichés and chart a new path altogether. These are off beat films that have managed to provoke our thoughts to make a better society –

Mother India
One of the best movies made ever, Mother India showcased the ideal Indian mother to the whole world. It is the story of the mother who brings her children alone amidst the perils of society – poverty, exploitation and illiteracy, to name a few. She may be the selfless mother, who sacrifices her comforts for her children, yet when it comes to principles, she doesn’t bat an eyelid before choosing right over wrong. The movie that gave us the mother who gives the last morsel to her son, yet shoots the same son when he violates the rules of society by abducting the daughter of the village moneylender. 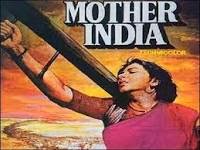 Iqbal
Most of us dream and blame destiny when things don’t go our way. But here is a story of a deaf and dumb Iqbal who, despite his handicap realises his dream of being a cricketer, through hard work and perseverance. The movie did its bit by changing the view of society towards children with special needs and taught us to value the qualities in a person rather than writing him off for his deficiencies. Mirch Masala
An award winning movie of the 80s, Mirch Masala shows the strong, fiery side of the Indian woman, just like the title of the movie. The protagonist (played by Smita Patil) teaches us women to be fearless (or Nirbhay) against the vultures hovering in the society. The film showed a new side of Indian beauty to the world, one who could take the oppressors herself to guard her modesty. The last scene where women blind the Subedaar with red chilli powder is a must watch. In today’s times when women’s security has been an issue of concern, we need more women like Sonbai

Filhal
Surrogacy, which till now had been a thing of a taboo, was introduced beautifully to the masses by this movie.  The story of Sia (Sushmita Sen) who fills the emptiness in her friend Reva’s (Tabu) life by being a surrogate mother brought a smile on the faces of numerous childless couples. For the Indian mindset, where blood is thicker than water, this film brought a new message – that surrogacy is no longer a thing to be shy about; and that no bond is more important than the bond of love.

Oh My God
In the times when we have had shocking revelations about god men, here is a movie that underlines the core belief of every religion – that God resides our heart. To the masses who were blinded by God men into superstitions, this movie taught to believe in one’s karma and keep the religion alive in one’s heart without falling prey to superstition. A revolutionary movie of its kind, this one truly walked off the beaten path to open eyes of many.

Movies like these inspire us to think out of the box and take the society to a better tomorrow.

Thanks BlogAdda for giving this opportunity for the film buff me to write about such amazing movies,

This post is a part of the Miss Lovely Activity in association with BlogAdda.

Miss Lovely, an off-beat film directed by Ashim Ahluwalia is set in the lower depths of Bombay’s “C” grade film industry. It follows the devastating story of two brothers who produce sex horror films in the mid – 1980s. A sordid tale of betrayal and doomed love, the film dives into the lower depths of the Bollywood underground, an audacious cinema with baroque cinemascope compositions, lurid art direction, wild background soundtracks, and gut-wrenching melodrama. Miss Lovely is scheduled for commercial release on 17 January 2014.

You can check the trailer of the film here